During this study, the Raspberry Pi was evaluated in nine scenarios. Six of these scenarios involved one of the following cases: 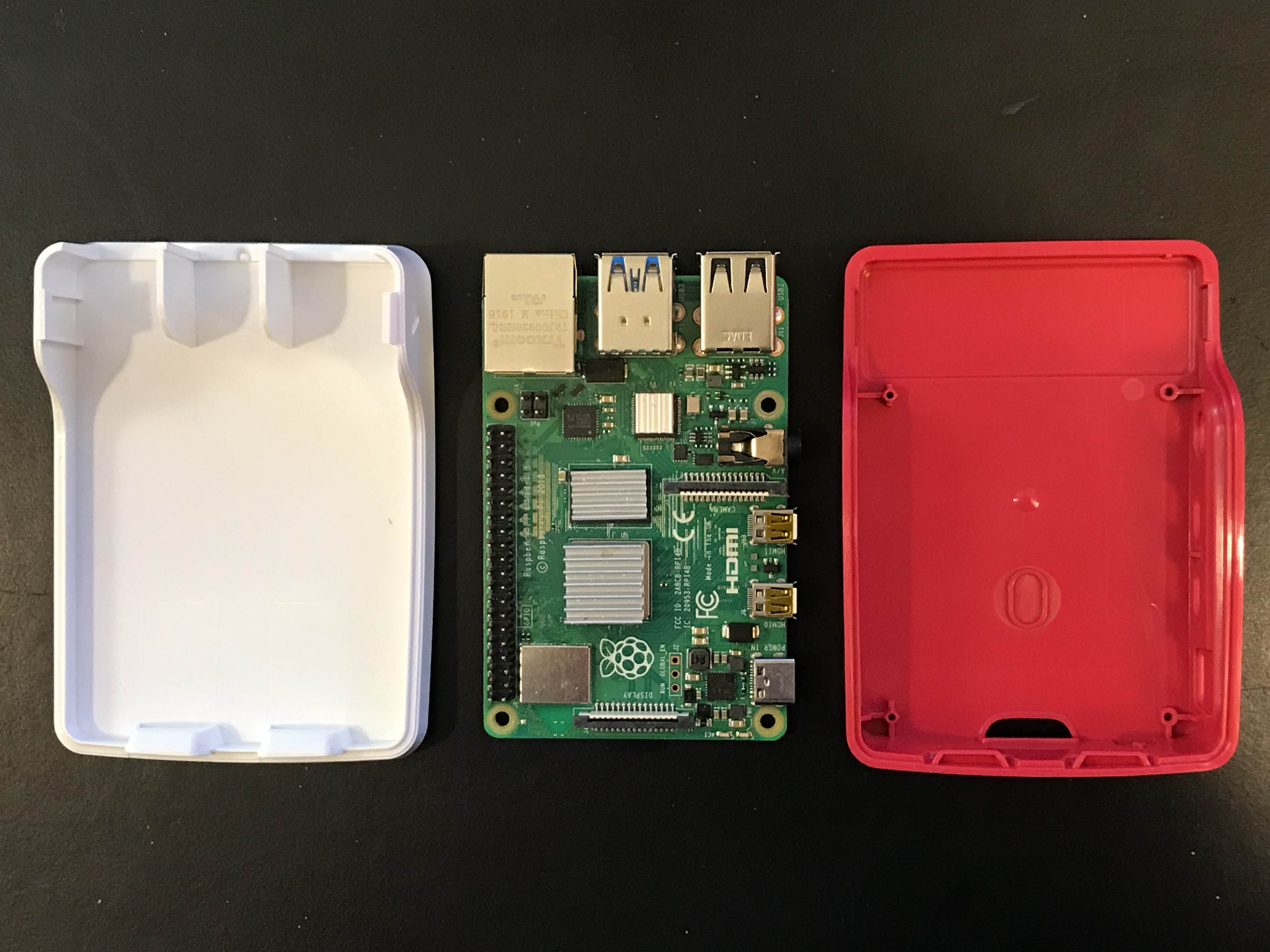 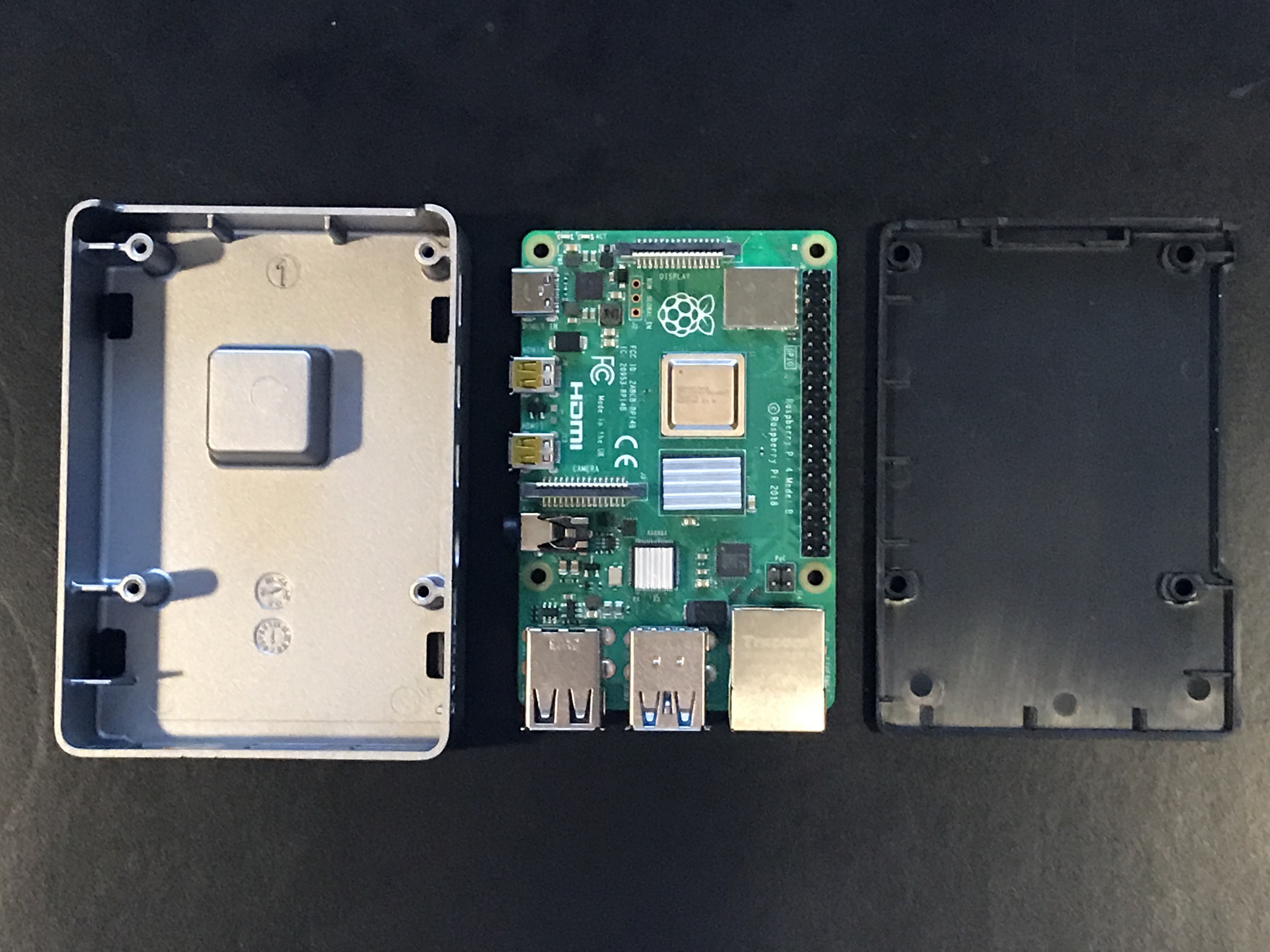 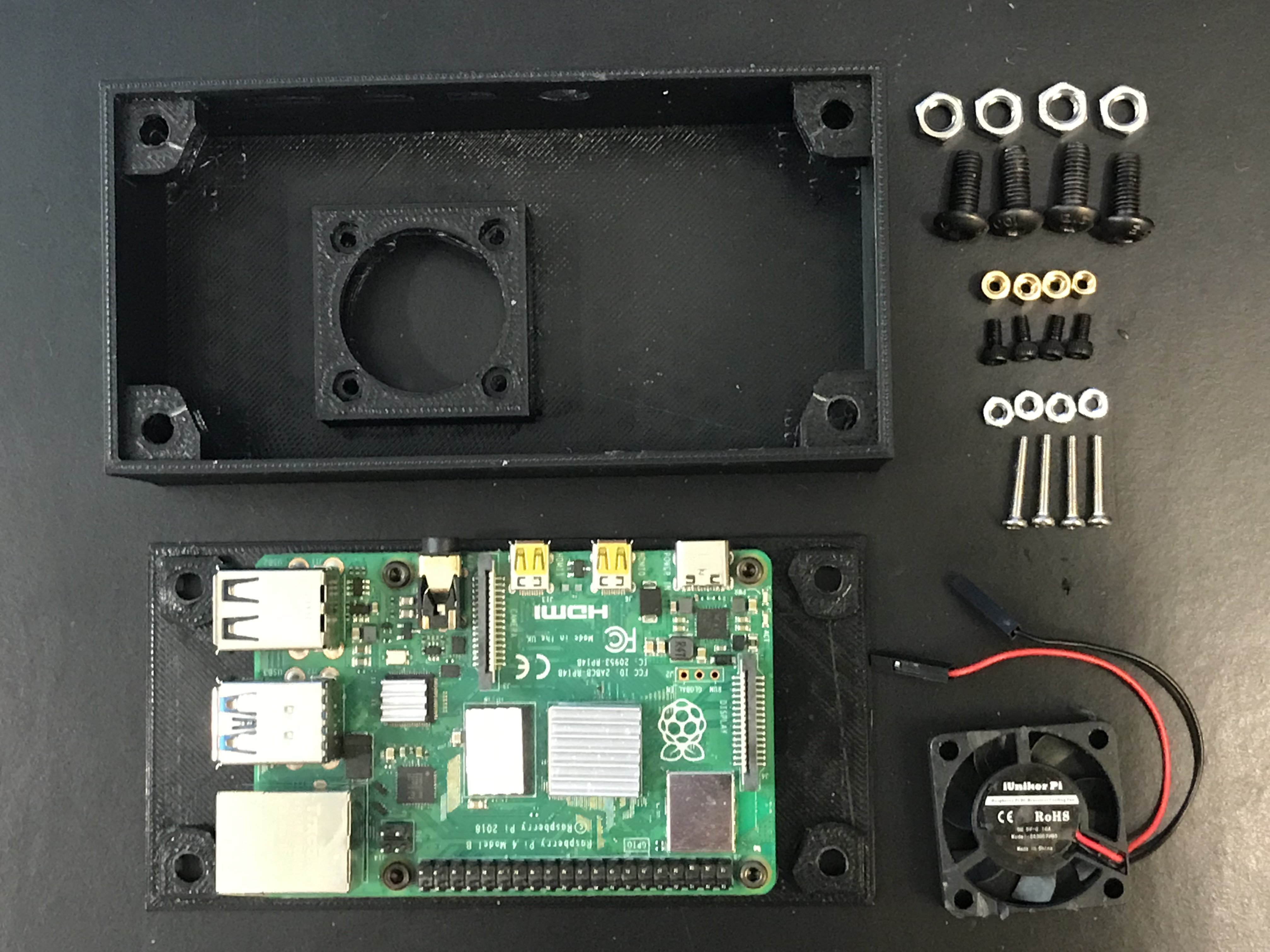 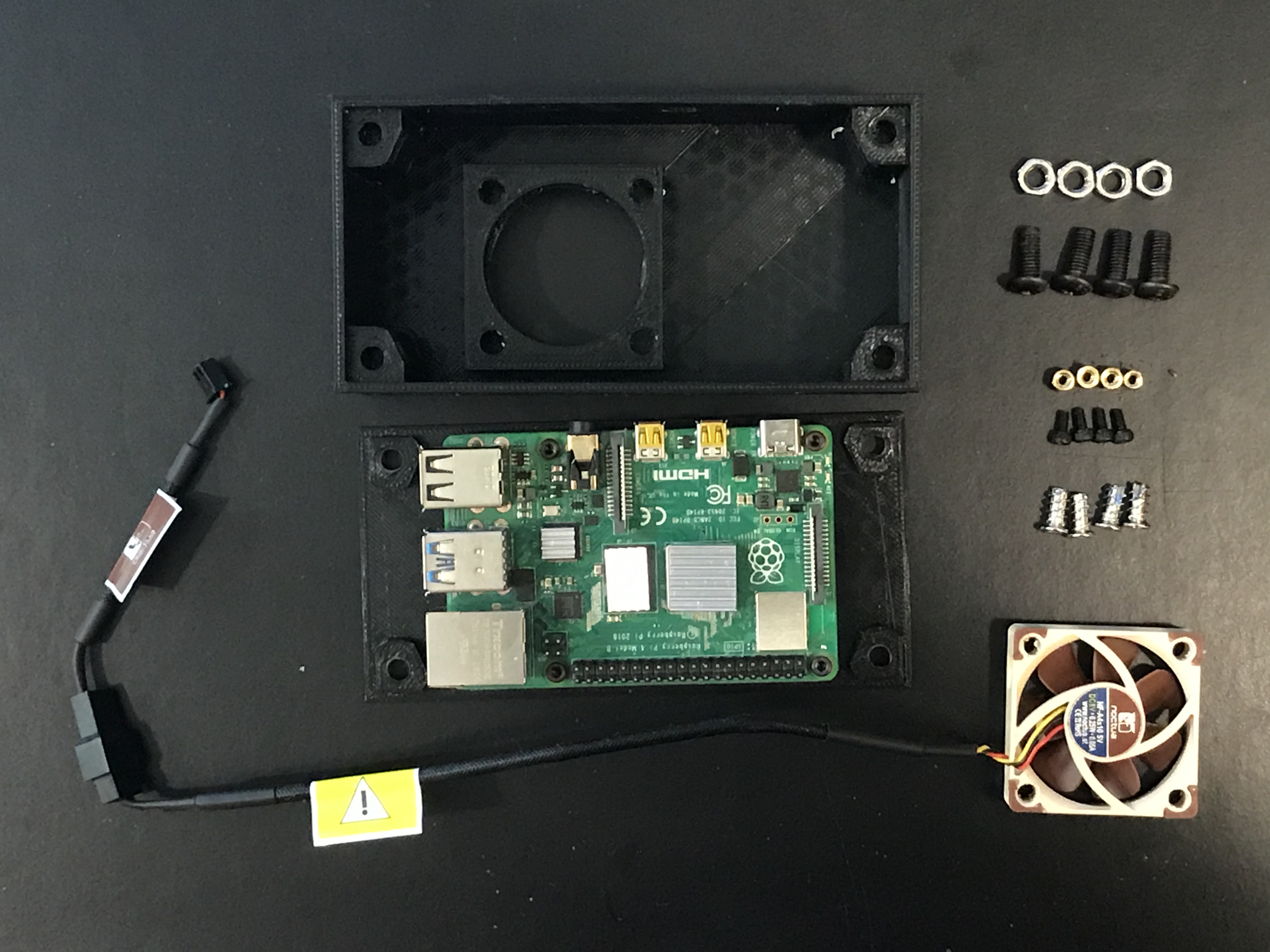 In addition to the cases, a few other scenarios were tested as controls:

Why all of these custom-printed cases?

This project began, in a way, when I first received my RPi 4B, noticed that it was running as hot as early reports indicated, and decided to design and 3D-print a fan case. I purchased this el-cheapo fan from Amazon, at $8.99 for a pack of two, and then banged out a simple design on my Prusa i3 MK3 printer using Hatchbox PLA filament, which is my staple for prototyping. I designed the cases using Autodesk’s free Tinkercad service, sliced it into Gcode with Simplify3D, and managed the printing processes with OctoPrint running on a Raspberry Pi 3B+. After printing that case – and iterating on the design a dozen times or so! – I decided to try some additional configurations, and also to try swapping in a Noctua fan.

The models for the custom-designed cases can be downloaded from Tinkercad at the hyperlinks above. You’ll also need to print the base, and to acquire and use some basic hardware: four M2.5 bolts and standoffs to secure the RPi to the base, and four M5 nuts and bolts to hold together the base and the cover. (I really like 3D printing, but I prefer to use hardware for coupling elements – plastic is too brittle and temperature-sensitive.) All of the hardware can be acquired from eBay for maybe $10-$15. The custom-printed cases and the base may also be added to other Raspberry Pi projects.

Each scenario was tested by running this shell script three times (with plenty of time between trials to allow the CPU and case to cool to room temperature). The script has three phases:

For each scenario, the standard deviation for the set of three trials was found to range from 0.58°C to 1.23°C. The significant differences between the cases are an order of magnitude larger (in the range of 10-20°C), so the results appear to be reproducible with an acceptable range of variance.

Some case temperature observations were recoded using an ennoLogic T6650D Dual Laser Infrared Thermometer. For the cases with active cooling, testing was performed to measure sound levels of the cases using an iPhone 7 Plus and the Decibel X PRO app.

The tests were performed using an out-of-the-box Raspberry Pi 4B (4gb version) running Raspbian Buster Lite (Linux 4.19.57-v7l+) after a full apt-get update and apt-get dist-upgrade. No additional software was installed and the device was not configured to run anything in the background. The Pi was connected using an official Raspberry Pi 4 power supply and a Sandisk Ultra 16gb MicroSD card. The device was connected to WiFi, but with no USB or Ethernet connections.

Back: Why Does Temperature Matter?
Next: Results